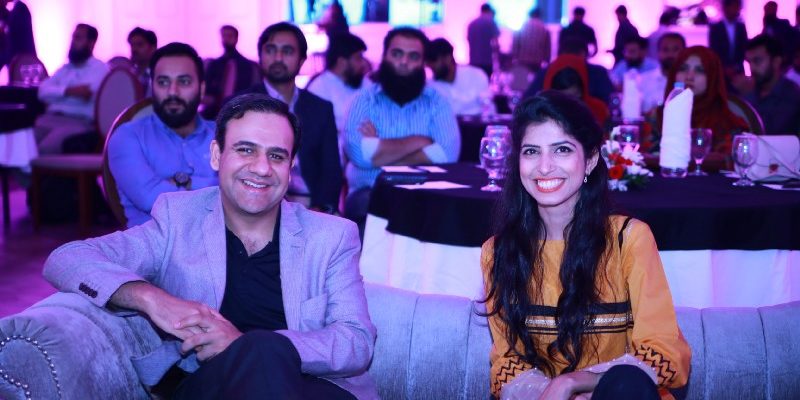 Telenor has just launched Gamebird: A gaming community for both game developers and gamers. This could be great, especially for indie game developers, as Telenor would provide them with the opportunity to publish their games on GameBox and will also help them with marketing their games in Pakistan’s local market without incurring any marketing cost. I have seen many game developers, especially independent developers, make games on our local, political and cultural themes. If you are looking for game publishers from Pakistan, Telenor’s gamebird would be the place to look; making it a step in the right direction. Moreover, the gamebird community will only be for game developers but also will facilitate gamers by providing a mobile wallet for in-app purchases and is also planning on doing E-sports gaming tournaments in Pakistan.

Game Summit: Lahore has been known as a major hub of the ever-growing game industry in Pakistan. I have met many industry heads from Lahore game industry but I was hoping to meet more game developers and people of the Indie Game Scene in Pakistan. However, the event was invitation only and that also to a handful of game studios. I believe we really need to have more open event like Game Emerge Conference organised by PixelArt Games Academy every-year for game developers/studios from all over Pakistan.

It was wonderful to meet Umar Saif during the event. Despite having very little information about the current state of the game industry; we had good conversation regarding some future work that can be done for the industry.

The event was, overall, a brand launch for Gamebird: A gaming community created by Telenor. The other part of the event was aimed at teaching tools and techniques for mobile games. Specifically teaching the best monetization techniques and methodologies using google ADmob.

I was invited as a part of the Fireside chat panel at the game summit; but I really wanted to give my audience an overview of what game design is all about. During the event, many people asked me if Game design was related to drawing up the art for the game or designing the levels for the game. This let me know immediately that the workshop would be perfect for this audience.

I started the workshop with a roll and dice game and the audience had to make a game in 10 minutes using dice rolls as a movement mechanism.

The audience response was cooperative and many wonderful ideas were created within the 10 minutes. We invited two volunteers to share their game ideas and the first game idea was “Fat to fit”. In this game you have to move from Fat body to Fit body while crossing all the obstacles of unhealthy and Fast food. If you land on unhealthy food you go back to your Fat body state. The second Idea was our own very desi (traditional) game “Chor police” = Police and thief. In this game you have to get away from the police using one of the three different paths. Police would keep chasing you with steady speed based on the dice movements and there you would face many hurdles in between. This included unexpected reduction in speed, jumps and roadblock which would get you in jail. Both ideas were fun and well executed.

We moved to our second exercise where we asked the audience to include cards along with the dice roll in the game. Although most of the players could not get an idea regarding how they have to use cards in the game, they still improved their game designs very well. The “Fit to Fat” game evolved into an improved version called “food monopoly” and had an element of luck. You would choose your cards and it would tell you how many calories you would consume and burn. Based on your luck and some strategy, you can move from FIT to FAT.

We had only 45 min for this workshop but it actually provided a very practical experience to all the attendees.

I was also the part of the Speed panel discussion with three other panelist. The speed chat was about gaming on the go and reaching your users around the world. The audience asked many question regarding monetization and user retention. One of the interesting question from the audience was how to manage user retention? I had similar question asked by one person on facebook as well. He asked he has spent lot of money to promote his game over social media but he wasn’t able to get many users/revenue for his game. The answer is, we need to make games with our own unique ideas. Many people in Pakistan have been cloning and re-skinning games, which is not only bad for the overall industry but is also not be a sustainable business model. We need to create our own IP’s and orignal games. It will take sometime but as a community of game developers: we need to work towards this goal together. There is a huge lack of game design paractices/learning opportunities in Pakistan. Even people who wants to work on unique ideas do not get proper guidance and help, this is one of the reason I started PixelArt Games Academy, to teach best practices of game development, design and production to aspiring game developers. These trainings will help them to work independently on their ideas but will also empower them skills to become future entrepreneurs of game industry.

For the future, I would like to be part of more events which are open to the public so that we can provide more useful information to new entrants in the field of game development. The event could have been improved by including more diverse representation from the industry. Not only the game studios but also aspiring game developers especially those from the Independent development scene in Pakistan.
Watch Video Here