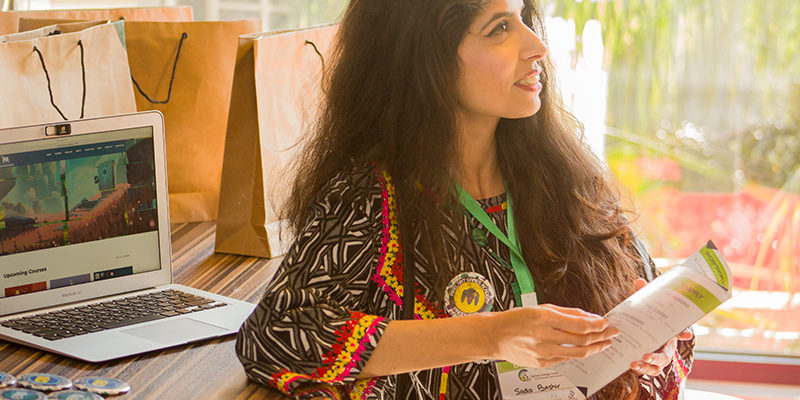 In her family, resources were tight and a girl’s education was not the priority. Sadia realized that to study at a private school, one in which the language of instruction was English, and where there were a computer lab and an arts program, she needed to fund her own education. Teenage Sadia then started giving home tuitions and stitching clothes. With the money she earned and the consent of her parents, Sadia then joined what was her dream school. It was only later that she found out that someone from her background would not be so easily accepted in this new and challenging environment. 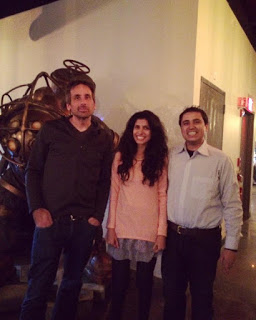 While most students played in the yard during the break or sat chatting in the cafeteria, Sadia found herself isolated. She decided to spend her time at the library delving further into her passions of computing, graphics, and art. She believed that to change the world, she had to start by changing herself, and her resolve to make something of her life grew strong. Sadia wanted to pave the way for the other girls of her family and became a role model for girls and women everywhere.

Her persistence paid off, and by the time she was ready for University she got multiple offers for scholarships to continue further study. Despite getting free tuition, Sadia had to continue working to fund her other expenses, but eventually, she became the very first female graduate of her family. She earned her Masters in Computer Science from COMSATS University, and she paved the way, now every girl in her family is sent to school.

When Sadia graduated from University, much to her disappointment she was unable to find any Game Studio in Pakistan where she could pursue a career. Even today Game Development in Pakistan is still in its very early years. After working as a programmer for a few years Sadia finally found an opportunity to work on games, a mentor of hers agreed to fund her and a colleague to make games, and they started out working from a small poorly lit basement. That first break coupled with the birth of the games industry in Pakistan led to more jobs, and Sadia decided to restrain herself as a 3D modeler, environmental artist, and finally team lead. She worked on many titles and outsource work, such as Entwined: Strings of Deception, Tales of Sorrow: Strawsbrough Town, Westbound: Pioneers of Adventure and more. 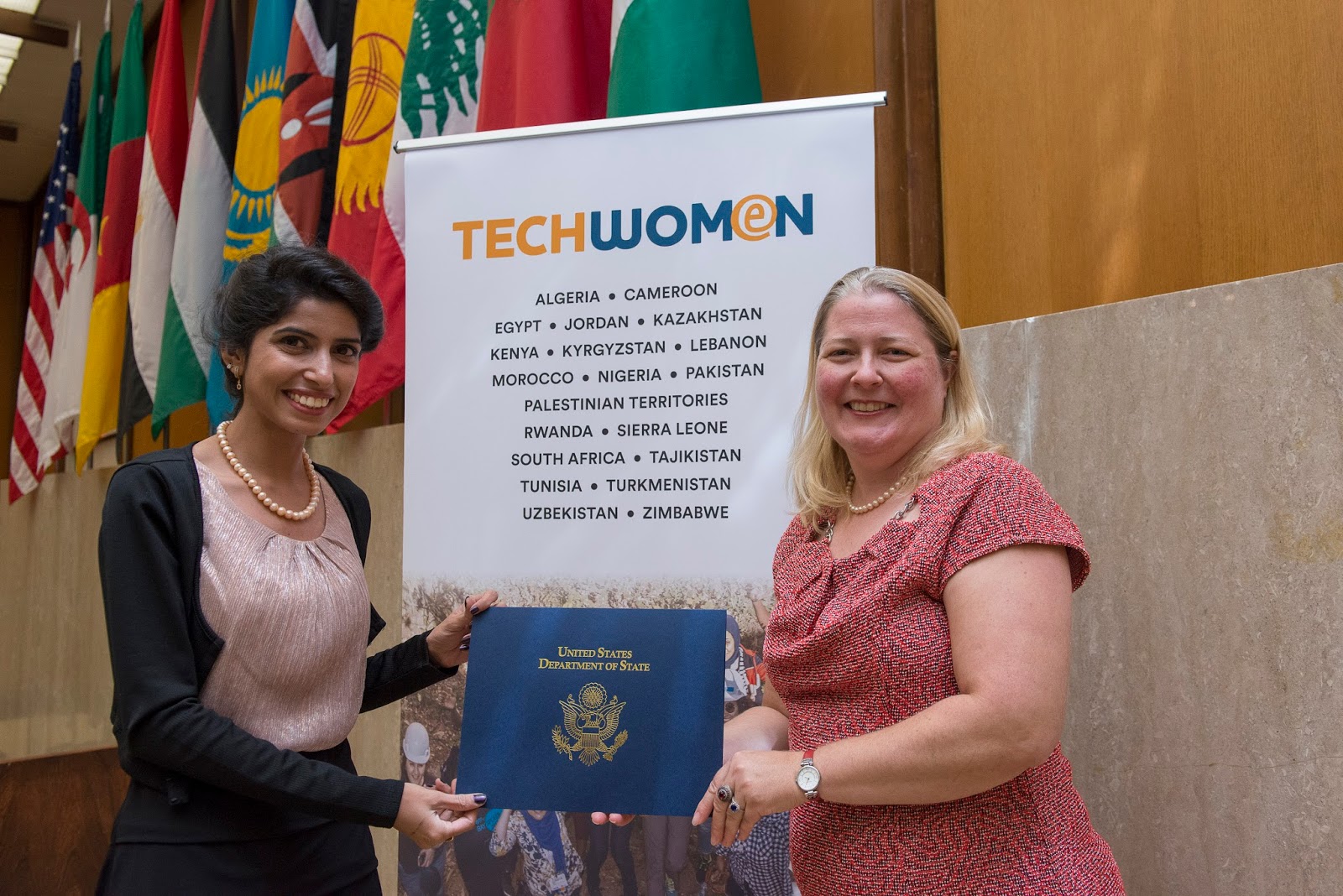 After seven years of working in the industry, Sadia becomes disappointed with the lack of innovation and learning in the local market, she saw studios cloning games, making inferior products, stifling creativity, and failing. It was then that Sadia decided that she needed to build the Video Game community of Pakistan. She needed to bring developers together and create an environment of shared learning, creativity, and cooperation. She started organizing meetups, game jams, and conferences. She began connecting the local community with international developers and also organizing workshops and information sessions at Universities around the country. Seeing the positive turnouts at these events led Sadia (with the help of WECREATE Pakistan) to found PixelArt Games Academy, a business centred around providing a space for developers to learn. PGA’s big success at events such as Worldwide Impact Jam, Global Game Jam, and the Games Emerge Conference turned industry heads worldwide. 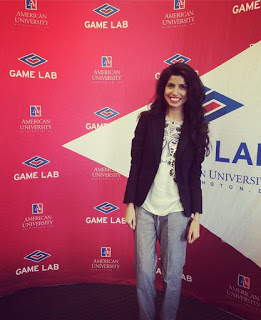 Sadia has been an inspirational role model in Pakistan,  her story via a video on the Express Tribune went viral and she became a hero to hundreds of thousands of Pakistani’s. She has also received “Women Can Do” Award from US Embassy for the recognition of successful women entrepreneurs of Pakistan. She has been featured by the US embassy on international women’s day at Washington DC. Sadia has also been awarded by “women can do” award by US embassy Pakistan. She has been given multiple scholarships by the international game industry to represent Pakistani game developer’s community on events like, Game Developers Conference San Francisco, Global Game Jam Community, Train Jam, World Wide Impact Jam; She was also the first speaker from Pakistan to speak at Game Developer’s Conference, 2017 in San Francisco.

Sadia is providing fully/partially funded scholarships to women to promote technical/creative skills of video games among women. Her talent hunt program helps talented individuals to get placed in appropriate studios. 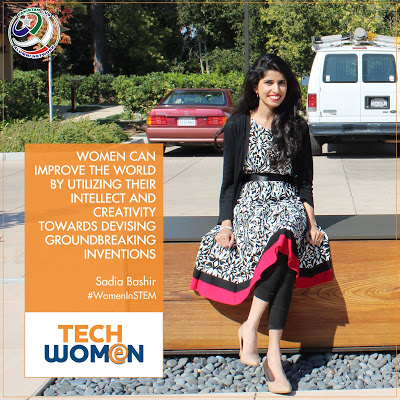 She has recently graduated from US-Techwomen 2017 program and where she worked with Unity  Technologies and visited other organizations like Autodesk, Google, Twitter, Microsoft, LinkedIn, Salesforce, google launchpad, Symantec for the learning session in Silicon Valley for one month. During her program, she, along with her team, won funding for their project STEM for Change to empower public school girls through hands-on STEM camps in Pakistan.

She has represented Pakistan at Global Entrepreneurship Summit in India 2017 and received a recognition certificate from Ambassador David Hale from US Embassy Islamabad. Sadia has been listed as Forbes 30 Under 30 in Enterorise Technology in Asia in Class of 2018. She has also being Named as Global Gaming Citizen by Facebook Gaming at The Game Awards, 2018, Los Angles.

Many renowned news agencies such as Voice of America, Al-Jazeera, BBC, Glixel, IGN and New York Times etc. have interviewed Sadia for both print and digital multimedia. Below is a list of publications where she has already been featured and be on the lookout as this list is growing.